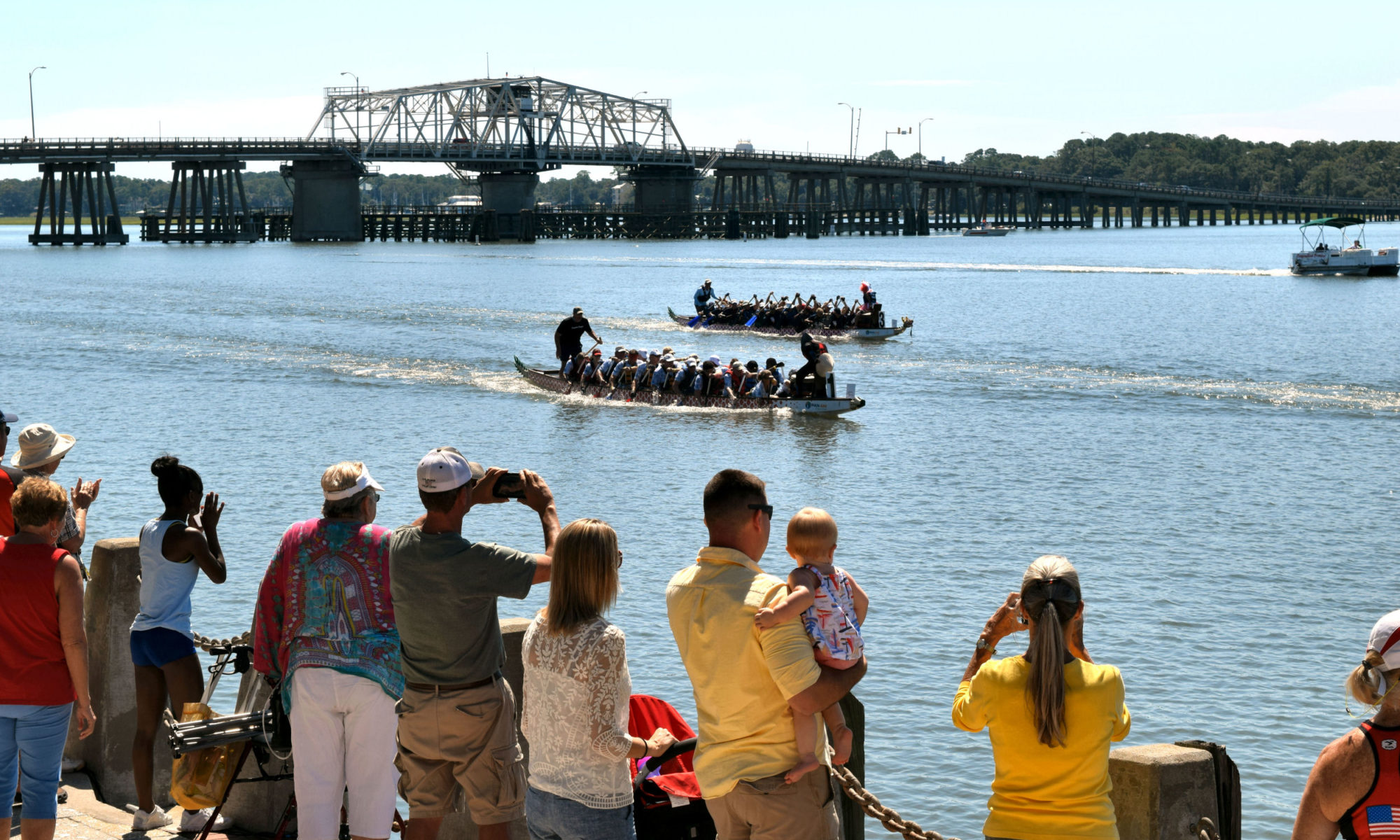 The beginnings of DragonBoat Beaufort were inspired by the documentary film Awaken the Dragon presented at the Beaufort International Film Festival in February 2012 which told the story of Dragon Boat Charleston’s cancer survivor dragonboat racing team. Several people quickly agreed to start a dragonboat team right here in Beaufort. With no resources and no equipment, the first practice was done sitting on chairs and paddling with brooms in Waterfront Park.  All were sharing the same enthusiasm and desire to change one’s focus of recovery and individual fight to a focus of common energy and love, community spirit, camaraderie and winning as a team. Just a few months later and with only a few practices under its belt, DragonBoat Beaufort competed at the Charleston Dragonboat Festival.  Thanks to generous sponsorship, Dragonboat Beaufort celebrated the christening of its first dragonboat Braveheart in June 2012 and its second dragonboat Dragonfly in June 2015. DragonBoat Beaufort consists of very active and dedicated folks from all different backgrounds and ages. They all share the same passion for the sport, the desire of fighting as a team, the compassion for one another and the long lasting camaraderie.  The mixed competitive team comprises many cancer survivors as well as supporters who practice three times per week.

DragonBoat Beaufort is an all-volunteer non-profit organization dedicated to assisting cancer patients who live, work, or receive treatment in Beaufort County. We are a fund of the Community Foundation of the Lowcountry, a 501(c)(3) non-profit corporation. Donations are tax deductible as allowed by law.